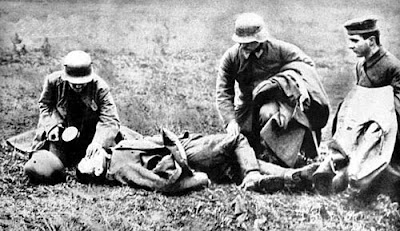 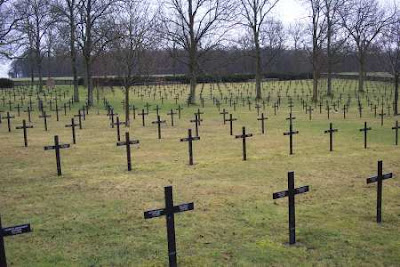 German cemetary on the Somme at Fricourt 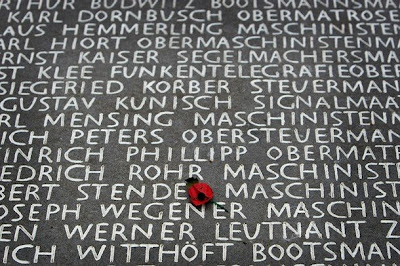 This story from today’s Irish Times is pathetic in its poignancy:

TOWARDS THE end of January, German newspapers reported, three weeks late, the death on January 1st of the last German veteran of the Great War.

Erich Kästner, who died aged 108, was just 18 when he joined the Imperial Army in July 1918, four months before the end of the war.

He served on the Western Front but the only way anyone knew a veteran had died was through the family's newspaper death notice.

While Britain, France and now even Ireland will today remember those who fought and died in the Great War, 90 years on, the men who fought in Kaiser Wilhelm's Imperial Army remain trapped in a memory hole.

There is no central record of veterans, no German equivalent of the Cenotaph - and no poppies.

There will be no official remembrance ceremony today, nor is there a plan to initiate one.

"The first war lies buried under the ruins left by the second," said Fritz Kirchmeier of the German War Graves Association.

The sheer scale of the destruction and suffering caused by the second World War has coloured German attitudes to the Great War. For many, it toppled a few monarchies, including in Germany, but had far fewer visible consequences than Hitler's war.

It is down to a series of vicious circles. The short, dramatic life of the Weimar Republic left little time for discussion of the consequences of the Great War before the country plunged into the Third Reich.

Today, the lack of public interest in the Great War means there is no official impulse to change the situation. Not remembering the war and its veterans has created a nervousness about how and where to start.

"And there's the far-right groups who come out and say the second World War was the result of the terms of the Treaty of Versailles," said Dr Bernhard Chiari of the Military History Research Institute. "That creates an uneasy connection between the two conflicts and leaves people unwilling to touch the Great War."

There are an estimated 400 German military graveyards from the Great War. Half of them are in France, with others as far away as Turkey and Israel. Six veterans are buried in a cemetery in Glencree, along with 128 other Germans who died in the second World War.

The German War Graves Association says it has taken a record number of orders from families for wreaths to be laid on graves today: 300 out of an estimated 1.8 million dead.

"I was amazed to have so many," said Mr Kirchmeier.

"Regardless of the official view here, for many German families there is still a connection."

Posted by Melancholicus at Tuesday, November 11, 2008

Always look on the German side of life!